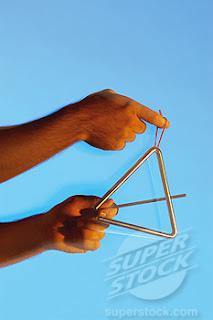 Yippee!  I thought I was having fun rehearsing this before, but last night with the orchestra I actually got the giggles!
The part where I feel like I am singing in an Italian Restaurant was even more hilarious with full orchestra backing and I mean full orchestra.  All the horn players, a piano and even Mr. Triangle Man was there klinging away.
Alexander Mickelthwate requested more words from the choir which is rather amusing since there is not a word in it that any audience member will know, but yes I realize that good enunciation will add greatly to the crispness of the performance but I feel like giggling when I am seriously and accurately singing out, "Na za za" which is a nonsense word even in the Latin/German mix we are singing. 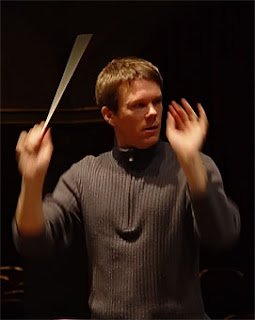 Alexander confessed that his favourite part of the piece is when the Sopranos are singing, "Seht mich an"  (Look at me), this follows the part where all the women are asking for their make-up to help attract a man.  Once the make-up is applied it is left to the sopranos to call out for attention while the Altos have given up.   The Orchestra sounded great and appeared to be having as much fun as the chorus, there were smiles all around.  In the end Alexander,  in usual fashion, pronounced it all "good, good, good."
One more rehearsal at the airport itself, and then the performance.
Posted by Lori at 8:13 AM