The first  performance of the new choral season will be at the official opening of the James A. Richardson International Airport in October 2011.   We will be performing selected works from Carl Orff's Carmina Burana together  with the Winnipeg Symphony Orchestra conducted by Alexander Mickelthwaite for an audience of invited guests only, so I can't even sell you a ticket.  For security reasons we will be brought in by bus, not sure if they will issue fake nose and glasses.
The Songs of Burana or Carmina Burana are poems that were found in a Bavarian monastery in 1803 but the poems were written way before that in the 11th and 12th centuries.  Before you get the wrong idea let me say there is nothing monk like or spiritual about these poems.  Our choir is only performing excerpts from it but I have not encountered anything sacred in it.   It is a fun sing with some bawdy lyrics.
Speaking of lyrics., they can be a bit challenging.  Some of the poems are in Latin, some in a old Bavarian style German which hardly resembles classic High German in any way.  Our conductor spent some time living in Bavaria and although he spoke High German he could not speak with his landlady as she spoke only Bavarian German which sounded like gibberish to him.

In No. 8 Carmer, gip die warwe mir" (Friend give me the paint)  we women are to act like 18 year old flirts as we ask our friend to pass the paint so we can make up our face and attract a young man.  This is all fine and good for the college kids amongst us,  but when you get to my age  all the paint in the world can't help in that department so the lyrics feel ludicrous.  Women my age should not be batting their eyelashes in public and any come hither looks coming from my part of the alto section would have our young tenors running the other way.  Still we try.  Of course it is the Sopranos who at the end of each verse sing out "Seht mich an jungen man"  (Look at me young man) oh brother - sopranos; always clamouring for attention.

No. 1 and No. 10  the O Fortuna Choruses, are by far the most common numbers in this work.  Many a movie score has used them and advertising as well.  At the first rehearsal I just felt foolish singing this but by now I feel rather part of an epic. 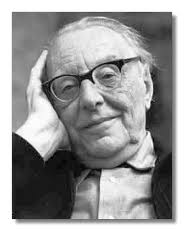 All this music to these old poems was written by Carol Orff.  The music is not difficult and the excerpts we are singing do not have much subtlety to them but it is great fun to sing in a raucous fashion.

In the No. 22, Tempus est iocundum, there is a section where I feel like I a singing in a cheesy Italian restaurant with red and white checkered cloths on the table and Chianti bottle candle holders in the middle of each table.  There is a moustached accordion player beside me, smiling broadly.  I have way too much fun singing this part and am quite surprised my conductor has not told me to shut up - yet.