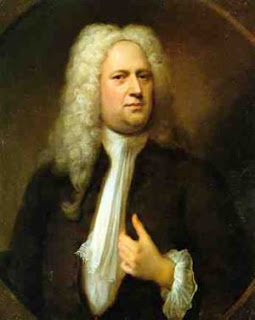 The most well known oratorio in my part of the world is Handel's Messiah.  Even people who have never sung in a choir love to sing along to many parts of this great work:   Hallelujah, I Know that My Redeemer Liveth and others.
As a young child of about 10 years of age and lying sick on the couch, my Mom put on our recording of it and handed me the words.  She told me how this was a favourite of my Uncle Ewald and since he was a favourite of mine, I was already favourably disposed to it before the needle hit the vinyl.  She also told me the very intriguing part about the King rising during the Hallelujah Chorus and how audiences have continued to do it ever since.  I know there is no definitive answer as to why the king arose, and as Bill Baerg says, he was probably just stretching his legs, but I cling to the version my Mother told me of an earthly King being so moved by the majesty of the story Handel was telling that he rose in homage.
Lying back in my sickbed Handel's composition swirled around me.  I was somewhat frustrated that one line of text took so very long to sing.  The single word Amen took even longer!  I am sure I fell asleep and woke up several times during the Amen Chorus alone.  Ruth Smith, who wrote the program notes for  Paul McCreesh's CD of Handel's Messiah, says that  "...a setting of the single abstract word, 'Amen', which combines contrast of instruments and voices, harmony and polyphony, counterpoint and chordal statement and a seemingly infinitely expanding span of melody.  But whether or not the listener is aware of this complexity, the dominant effect is stirringly emotional."


I have been part of many performances of the Handel's Messiah, some better than others, but all special. 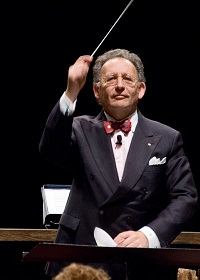 I have sung it with Boris Brott as part of a 500 voice choir at that, oh so ridiculous venue - The Winnipeg Arena.  Each chorus had a five minute start up and ending as one waited for the subsiding of the squeak of the chairs as choristers stood and sat.  Luckily I was in a non-squeaking chair as part of the then Winnipeg Symphony Philharmonic Choir now , known affectionately as The Phil.  We were lucky enough to be an "inner chorus" and were allowed to sing what they called "turbo choruses" such as "For unto us a child is Born" and "He shall Purify" and others by ourselves.  I was so lucky, as a young university student, to be able to sing with this group.
Much more recently, in December 2008,  I sang a memorable performance of it with Noel Edison and the Winnipeg Symphony Orchestra.  Maestro Edison brought a unique interpretation to a work that I had, by now, sung for at least 6 performances if not more.  It was fresh and exciting, even though it seemed hokey at first the performance worked for the choristers and audience alike.  For example, his version of  With his stripes we are healed"  had us working very hard to do the following:  Every time your voice part sang 'and with his stripes" we were to sing stridently and mezzo forte with an accent on each word, then when you sing the next phrase, we are healed we sang it softer and legato. The diference between the two phrases was more dramatic than any other conductor had previously demanded and the stark contrast between side by side phrases  took a lot of energy to do it to his liking, but it worked.  Most memorable was his idea that the sheep in All we like Sheep were not the dumb fluffy sheep, we had always sung about, prancing through the meadow, but menacing sheep who were dirty and depraved.  We had to sing the song in a more disgusted tone than previously or since.  ( I sang it with the WSO and Rudy Schellenberg in December 2010 and the sheep were in the meadow again.)

For all performances, the audience plays a large part.  It is more difficult to sing to empty seats, therefore it was most gratifying when on December 18, 2010 Rudy Schellenberg made his WSO debut, to a sold-out house.  Just when this alto feared she may have become slightly jaded about the Messiah she sees the full house and becomes nervous about the alto entries.  After all, in both the first and second halves of Messiah the Altos make the opening statement, (gulp),  and when the tenor sang Thy rebuke has broken his Heart, I felt mine surely would break as well,  and wasn't I surprised when during the opening of the Hallelujah chorus I had a lump in my throat and things appeared slightly blurry before me.
The alchemy of composer, music, performer and audience is a powerful thing.
Posted by Lori at 7:18 PM