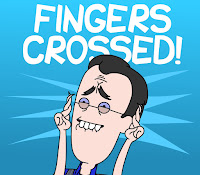 Vaccination rates are above 50%, Winnipeg Blue Bombers are planning for full capacity crowds at the stadium and maybe, just maybe choral singing will return in the upcoming concert season.  It looks to me that the Corona Virus, named Covid-19, nightmare is coming to a slow end. ( I hope I did not jinx it by writing that.)   For the duration of the Pandemic choral singing was deemed to be a highly dangerous activity.  One of my choirs continued with a Corona version of itself and we recorded in small, masked voice part groups and our conductor was reduced to a sound mixing engineer.  This was better than no choir at all, but just barely.  The other 2 choirs did not even do this much, although one had a sing-along on Zoom, with us all on mute and singing to a recording which again, was better than nothing, but even less satisfying than the masked voice part recordings.

When I looked through the upcoming Winnipeg Symphony Orchestra program I was delighted to see three choral concerts!  Handel's Solomon, Handel's Messiah, and Berlioz Mass.  I am hoping to sing in the latter two and am excited to attend the Solomon.  Ever since reading Jane Glover's book, Handel in London, in which she goes into some detail on his compositions, I have questioned why so few of his Oratorios are performed in Canada.  Perhaps, it's not just Canada but the whole world that is missing out?  Hopefully the WSO's inclusion of Handel's Solomon is the beginning of more Handel choral works to come.

A much more important question is:  Will I be included?  Will my conductors want me back?  Has this forced sabbatical given them an opportunity to discard singers?  Am I one of these?!  Will they realize that altos are easy to come by?  No need to stick with the old.  These anxious questions sit behind my latest need to do choral warmups in the shower, join Voce8 in their virtual rehearsals, sing the melisma passages in For Unto us a Child is Born and hold daily Happy Hours where cocktails soothe the anxious beast.  In answer to all the enquiring minds out there, yes, I sound much better after cocktail hour. 🍹🍸🍹

I hope my attempts to get in some kind of choral shape will be rewarded by a summons to sing with the WSO again and be allowed amongst the choristers, which is the most glorious place to be!  Everyone knows heaven is just one big angelic choir!