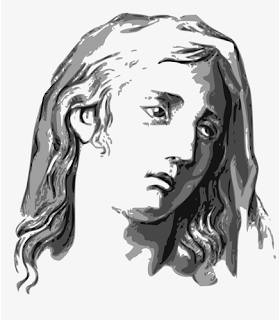 Here I am in the slump between Requiem season and Advent.  Yes, I know it is a rather long slump and it surprises me every time how sad I feel after the last big performance of the season.  By now you know I need to be working on a choral work, no matter how busy I am in my other life.  I won't be rehearsing a major work until September!
One way to get out of the slump is to relive the recent choral experience by writing about it.
VERDI REQUIEM -a choral highlight was performed in March 2019 with the CMU Festival Chorus and the Winnipeg Philharmonic Choir conducted by Daniel Raiskin. I had earlier worked with Raiskin, notice how I can say that even though he is oblivious to my existence?  I continue to be intrigued by the individual chorister's knowledge of the work personality of a conductor while he/she remains ignorant of the individual  chorister and sees only this large mass of singers.   So back to Raiskin.  I was looking forward to working with him again because I had rehearsed and performed the Messiah with him in December and found him to be an excellent conductor for choirs!  This was a surprise because many orchestral conductors are not so.  Raiskin has a very clear beat combined with passion and the occasional jumping jack from the podium.
The venue, however, was not ideal and although the chorus was large we had to be slightly "miked".  This is not the best and some audience members did complain about the rather tinny sound in some parts.  This is because the Centennial Concert Hall is still without it's acoustic shell.  This is a travesty!
Still the Verdi Requiem is a dramatic, grand scale work, with soloists and a huge orchestra and choir blasting away together, and then plaintively coming apart.   It is stunningly beautiful in parts and also downright frightening in others. I was thrilled to have a 2 night performance of it!  In fact I wish I were part of a permanent installation of it so I could sing it night after night to my death!  The Verdi does not come around that often, I sang it last 5 years ago, so I don't know how many more Verdis I will be allowed to be part of.  5 years from now I will be quite an old lady and the thought of being rejected from the choral stage is anxiety producing!  Mama Mia please let there be a few more Verdis coming from me!


Bruckner Requiem is the next piece I worked on.  Never heard it before and yet I liked it from the first rehearsal on.  It has some beautiful parts in its short little life of 30 minutes.  Most notable is the men's chorus singing Hostias.  This work was performed with my wonderful non-auditioned church choir and a small orchestra which boasted WSO players amongst them.  Soloists Anne Marie Dueck, Karis Wiebe, James Magnus, and Howard Rempel were lovely!  The stellar Yuri Klaz was our conductor. It was truly enjoyable to learn a new work.  Alongside it we also presented Mendelssohn's unfinished oratorio, Christus.  This follows the Bach passion recipe of a tenor evangelist, (James Magnus) narrating the scene of screaming chorus crowds.  First Mennonite Church Choir loves performing anything by Mendelssohn and so of course we only wished it was a finished Oratorio so we could sing more of the same!  If you clink on the FMC choir link above you will hear us in a performance of Christus.

Now that it is over I must look ahead and see what is on the choral horizon for me.  I certainly will be joining the incomparable Jane Glover in presenting Messiah in December 2019 and I am crossing my fingers to receive an invitation to sing the Berlioz Messe Solennelle.  A work I have never sung nor heard until just now when I used it as my soundtrack to write this blog post.  Fingers crossed that next year at this time I will be performing it!  It's on the WSO listing for April 24, 25, 2020!
Posted by Lori at 8:57 PM