I have not posted in over a year.  I miss reflecting on my choral experiences but I have been so busy with career and family and singing that I have not had time to reflect.
A choral highlight occurred in the spring of 2016.  It may be THE choral highlight of my life.  I have performed the 15 movements of the Rachmaninoff All-Night Vigil under the baton of a Russian conductor.  What I say about that experience is this:
Luxurious, heavenly and profound.

Rehearsals were deeply emotional with profundo basses providing a deep foundation one could wallow in.  It is sung accapella and the long legato lines can be challenging.  The alto section is split into 3 parts and I was put in the third part which made me very happy.

I doubt whether this chance will come my way again before I die  so I savoured every rehearsal and every minute of performance, feeling extremely empty when it was done.

Christmas 2016 brought me another Messiah.  I have been singing many of these lately as the WSO has decided to make this an annual event.  It is kept interesting for the chorister by having guest conductors coming in.  This time it was Tania Miller who presently works out of Victoria B.C.
The choir loved her instantly as she appeared to be very impressed with our tone at our piano rehearsal.  She gave us many compliments and we responded well to her suggestions.  She was clear in her direction and in tune with the text. 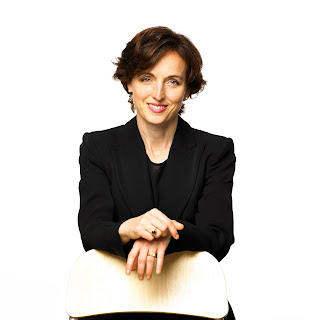 The next day we rehearsed with orchestra and although I love the WSO dearly, they, true to form, were stand-offish with the Maestra.  To be fair, not all players reacted this way but there were clearly some with great looks of disdain.  At one point the first violins were asked to play their line in a different way (wish I remembered more details) and the concert mistress argued semantics with the conductor, "You mean do a fill in some term here?"   and  Ms. Miller responded, 'I doubt it is called that but if you want to call it that".  They were counted in again and the passage still was not up to expectations and the Maestra turned to the concert mistress and said, "Look, if it is too difficult for you you don't have to play it."
Woah!  Looks were exchanged in the choir loft and we were grateful for the anonymity choral singing provides.
Tania had a stroke of genius in the second half.Sshe announced to the orchestra, "Oh by the way Andrey says 'hi" to you all."  Looks darted around the orchestra,  um, did she just say Andrey?  Oh yes, she did.  Andrey of course is the WSO god Boreyko who is worshipped by most who have worked with him. By invoking him and her personal connection to him the orchestra would have no choice but to comply with the Maestra's wishes at first asking.
Now, as a chorister it is possible I misheard but it is what I heard and there was more compliance from this moment on.
The next day was dress rehearsal with the soloists and the choir could get used to the new "sits" ad "stands", as one must with each new conductor of the Messiah.   It  all went very smoothly.
We  then  had two evening performances, which I always appreciate over just one.
They both came across quite well, I think.  Handel always able to deliver!
Posted by Lori at 3:57 PM