One of the wonderful things about the Winnipeg Philharmonic Choir is that they open themselves up to accepting associate members for certain concerts.  I am pleased to say that I have joined them for many a concert since the 1980's and am doing so again for March 2, 2014.  On this day we will be accompanied by the Winnipeg Symphony Orchestra and will be performing two contrasting works.
The first, St. John of Damascus by Sergei Taneyev, decidedly Russian sounding piece, while the second is the mass in C Minor by Mozart.  Rehearsing both side by side can be a challenge as one requires a full rich legato sound while the other a light and airy feel.  I sing the Russian much more naturally even though the language is unfamiliar the long mourning lines are part of my DNA.  Mozart, as they say writes for the voice, but it must be a light soprano voice. These long melismas of his in this work require a nimbleness that I may be losing.  Hopefully I will get it into my voice by performance time. 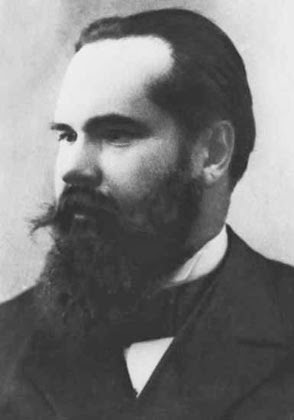 Taneyev (1856-1915) was a student and later a friend of the great Tchaikovsky and was a concert pianist, being a Russian expert on Bach and Beethoven.  He was also a guest in the home of Leo  Tolstoy so he is certainly someone well surrounded by the Russian artistic types.  I love this work that we are singing, St. John of Damascus, it is also known as the Russian Requiem.  It is beautifully sad in that, oh so Russian of ways.  The lyrics are also written by a Russian, a distant relative of Leo Tolstoy, A.K. Tolstoy which begin:


I travel along a path that is unknown to me,
I travel between fear and hope;
my sight is weak, my breast is chilled,
my hearing is dim, my eyelids droop….“

The short 25 minute work is full of love and compassion and is a meditation on the meaning of human existence, of life and death.  Play just a few seconds of the this link and you will be overwhelmed with the beauty of Russian pathos.  That is right, click on" Russian pathos" and Taneyev will be there for you.
The  Mozart piece, written in 1782, is an unfinished work just like his Requiem.  We know the Requiem was never completed as Mozart died but why he didn't finish the Mass in c minor is a mystery.  He did write it to celebrate his marriage and had vowed to have a work performed at their first anniversary.  He did indeed premiere this work in Salzburg, a year after his marriage and his young wife was the soloist, but it was incomplete.  He never finished it and so, there we have it, we sing it in its incomplete form.  Yet another Mozart work shrouded in mystery.   I have never performed this Mass in C minor so I am delighted to have the chance to do it and to be accompanied by such a great orchestra and work with such a passion filled conductor as Yuri Klaz. The concert is on March 2nd at 3pm at the St. Boniface Cathedral in Winnipeg.  Get your tickets in advance.  Information at the concert link above, and hear both these works side by side.
Posted by Lori at 1:43 PM