This year is the Messiah that I almost didn't perform.  Some would say that is hardly a sad thing, but this chorister has yet to tire of performing Handel's great oratorio.  This great composition never languished in dust, as Julian Pellicano mentioned in his pre-concert talk to the audience, but was performed the year it was composed (1741) and every year after that.  I am thrilled to perform it over and over again. (although I came on the scene a few years after composition) 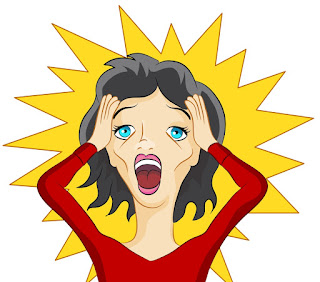 Imagine then, when earlier this year I scanned over the Winnipeg Symphony Season catalogue and found that listed under Messiah was WSO Chorus - a choir I was not a member of nor had ever heard of.  I went into panic mode!  Who was this choir?  Who was the conductor?  Why were the usual suspects (Winnipeg Philharmonic and Mennonite Festival Chorus)  taken off of this gig?
I messaged the WSO executive director who replied that the board was just looking at different choirs.  "yes", I anxiously replied, "a change can be good but who is this WSO Chorus?  It is their name that scares me!!  It sounds like if you ever want to sing with the WSO again you best be part of this choir."  To this there was no reply.

A few weeks later a friend texted me an image of their TV screen and on it were the words WSO Chorus auditions and an email address.

You can bet I emailed that very minute hoping to get in on my resume alone.  This group would have none of that and rather insisted I send in an audition.  They wanted to hear two choruses from Messiah.  Two from an approved list of 3.  Oh brother.  By now it was summer and my voice was in relaxed mode.  Having not sung for weeks I felt quite out of shape, vocally.  I sang around the house for a few days and then proceeded to record myself singing along with a recording.  Now, as my family knows, singing with a recording is what I do best - haha!  I blast out every choral part I can and of course bellow along with the soloists too.  So it was with my audition recording.  Yup - when the chorus was done the bass soloist and I rang out, "Thus saith the Lord, the Lord of hosts" OOPS!  Now what?  Not being very electronically savvy and not wanting to re-sing the piece as this had been my 3rd go that afternoon, I decided to send off the recording with this very embarrassing bit at the end, indicating that I was also auditioning for the bass solo part.
After a few agonizing weeks of waiting I received the joyous news that I had passed the audition and was now a member of the WSO Chorus!  I was elated!

I arrived at the first rehearsal much like a young soccer player arrives at the provincial team's first practice. Happy to have made the cut, but anxious and insecure.  This feeling was palpable in the rehearsal room.  We were competing against each other, scared someone would take our spot, worried we wouldn't measure up.  There was not the usual choral camaraderie.   There were only 2 familiar faces in the room, which was odd considering I have sung in choirs in this city for 4 decades.  The 3 of us were from the Mennonite Festival Chorus which has performed the Messiah with the WSO many times.

The rehearsal conductor, John Wiens, indicated that this was only 70% of the choir and that the rest would come later.  The rest, it turns out, were members of Polycoro, a local elite choir.  This, 70% of second stringers rehearsed 2 or 3 times prior to having the pros join us.  For me the rehearsals were something like this:

first rehearsal:  I cried on the way home because the conductor had indicated, in my general direction, that vibrato was not a welcome sound in his choir. "Well", I thought," I guess I won't be singing in your choir then."  It was like telling a left-footed kicker that no left foot shots were allowed.  Now, I try to produce a straight tone and I know that too much vibrato is awful but I didn't think I was at that stage yet. So now I had two choices, I could quit or I could use his techniques to improve my sound.
After the tears I decided to keep practicing.  I took to heart his advice about balancing the body, opening up space at the back, letting the sound fall out, not worrying about sounding good,..etc. All the things my voice teacher, Diane Berger used to say.
2nd rehearsal: I thought I had landed in a choral comedy sketch.  John Wiens had us twirling our fingers around our lips then pulling hand back while pointing at ourselves and breathing out and then bringing our pointed finger right back to our lips while breathing in.  Say What?!?  I couldn't decide whether he was genius or idiot.  This was going to be a very different Messiah.  We second stringers were struggling to blend our sound.  In the soprano section was an 11 year old boy, in the tenor section was a woman, there were only 4 basses, among the altos was one old lady (that being myself) and a 16 year old girl.   I was singing about 50% of my capacity in order to blend with the voices around me, many of which had a Broadway musical sound to them, which it seemed is what he wanted.  On this ride home I predicted this choir would never be able to cut through an orchestra.  It is too small, and too weak.

subsequent rehearsals:  Then came the 30%!  And the difference they made was 100%.  Their professional voices were able to coat all of ours, fill in the gaps, and we began to have a blended sound.  I was feeling hopeful.  Voices like Sarah-Jo Kirsh in the soprano section and Sarah Hall in the alto took things up several notches.  John was fussy about voice placement and moved choristers around during rehearsals to get the right sound.  I had read about this technique but never experienced this in action and I enjoyed the process; because in the end I  received  two seatmates with whom I felt I could blend. I decided he was not an idiot.

Our rehearsal conductor and our performance conductor, sometimes referred to as the real conductor, Julian Pellicano, were much concerned with this Messiah sounding crisp and light.  It had to be a contrast to many classic recordings of the works and to past WSO performances with larger choirs.  They were agreed on this.  Neither of them offered us much by way of passion or talks about their vision of the work except by way of technique. In other productions with the WSO there has been a fair amount of time spent talking about the message of each movement and how the text and music work together.  This was not the case here.   I do not know if this is peculiar to these two conductors or if this is  how one speaks to choirs with so many professional singers.  Still, I did use Ivars Taurins' (a conductor I have written about in past posts)  images of the various movements to help me and give me pleasure.  There were singers in this group who had never sung the Messiah and I wondered what they were using for inspiration.

It was this that gave me a revelation, (yes this old girl is still learning).  Technique and correct interpretation is enough.  The singer does not have to feel emotion to convey emotion.  The singer needs only to convey what the composer and conductor have asked you to do.   If one places the consonant at the exact right moment and crescendos and decrescendos at just the right point in the phrase, with the right notes in the right place emotion will be conveyed.  The singer's feelings are irrelevant.  The performer's attention to and execution of every detail is what counts.

The soloists in this production were all local singers known and loved by Winnipeggers.  In my unprofessional opinion the soprano, Jane Fingler, sings the way she looks.  Angelic, pure and lovely. I do not know if her voice carried well in that hall.  Dan Peasgood was the counter tenor.  I have  never been a fan of counter tenors as they are competing for my job.  Isn't it enough that they can sing bass or tenor, now they want to go after my notes too?  I once sang in a choir with Dan and he is a very pleasant fellow but he kept singing my notes.  When I sing beside a man I automatically try and  harmonize with him and Dan refused to let me do this; he was always on my notes.  I am clearly not the one to assess his performance as to me, "He was Despised" needs to be sung by an alto. (said the alto) Tenor, P.J. Buchan was stellar and to my ears, far outshone all the others.  He was truly comforting in his opening aria and was brilliant in his "Thou shalt Brrrrrreak Them" later on.  The bass voice was Chris Kornelsen who was fine in his early offerings but in "The Trumpet Shall Sound,"  his voice did not ring out but was rather muffled.

It surprised me that on the performance podium Julian Pellicano was full of passion, mouthing and sometimes singing along with choir and soloists.  This side of him was not revealed during rehearsals.

By the end of the first performance some barriers in the choir had been broken and more smiles and words were exchanged.

There was no review of the concert in our local paper and I have not spoken with enough critical ears to know how it sounded in the hall but I enjoyed the view and the sound from my vantage point.  I am fairly sure it is the best soprano section I have every sung with.  They were able to beautifully sing high G's as mezzo piano which very few choirs can do.   I came away from this Messiah thrilled to have been able to sing with such fine singers, gratified that I had tried new vocal techniques, warmed by Handel's music and message, and grateful to perform with the huge talent that is WSO.